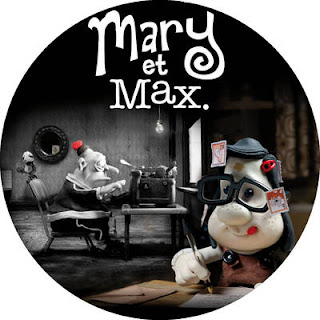 A quirky claymation feature-length intended not for children or even young adults (like many films of its kind) but for a particular type of empathetic audience. It tells the tale of an unlikely overseas pen-pal friendship between Mary, who initiates the letters, and Max, who is sent into a tizzy whenever he receives one.

Mary is a rather friendless eight-year-old girl living in the suburbs of Melbourne with her alcoholic mother and her neglectful father who performs taxidermy in the garage. Max is a forty-four-year old obese man with Asperger's Syndrome living alone in New York City. Both characters are obsessed with chocolate, and both live sad, solitary lives, which they attempt to explain, in their own clever ways, to one another.
Funny one moment and then so terribly sad the next, this is actually [loosely] based on a true story. The animation itself is incredible and all of the characters are like none you have seen before...and yet, they are all completely plausible and the world, though 'artificial,' is steeped in hard-to-watch reality. Such a simple concept, yet such a complex situation, with even more complex and painstaking visuals. Brilliant! 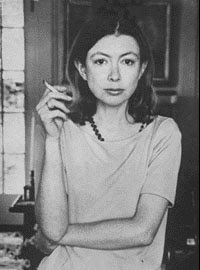 Blue Nights
I knew what I was getting myself into...I knew it was going to make me cry. If you haven't read The Year of Magical Thinking, you ought to give that book your time and attention first. A few years ago, Joan wrote about her husband John Dunne's sudden death and the "year of magical thinking" that resulted. This November, Didion published a book about her daughter, Quintana Roo, who died less than 2 years after John, following a long and complicated illness.

Didion's circuitous narrative style is easy to follow and reflects the process of grieving, remembering, and aging. She writes honestly about her losses and increasing frailty (after all, she's approaching 80 now). I read this book in 3 days, and while it isn't as gracefully composed as Year, Blue Nights is still requisite reading for the soul, no matter your age. 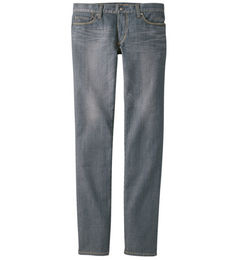 Uniqlo Pants
Okay, so this obviously doesn't carry the same emotional gravity as the things I just mentioned, but please excuse my triviality. I don't know why I have such a hard time finding skinny jeans. Seriously. Most skinny jeans just aren't skinny on my body, and I don't get it! Maybe it has something to do with my waist size versus my leg size, or with the fact that I'm short so the material gets bunched up? I don't know the answer...what I do know is that I found 2 pairs of pants, which fit almost perfectly, at the downtown Uniqlo!

So even though I am not into all of the Uniqlo ads running rampant on the subways announcing their new global flagship store, and even though the store is always way too crowded, at least they sell well-priced pants that actually fit me. 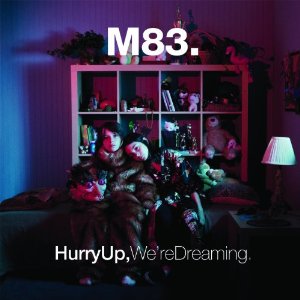 M83
Hurry Up, We're Dreaming.
O man, this album. To be totally honest, I don't know anything about this band...I had heard the name before, and I was a little confused because it reminded me of MC5 and I was like "huh, what?" But lo and behold, I bought this album and I am in heaven!

As we speak, I am beginning my fourth listen of this double-album, which I have yet to even research like a good music journalist should. You know what, I don't care! Wherever they're from, whatever they released before, whatever they look like, it doesn't matter. This album is amazing, end of story.