I'll tell you about Punk Rock... 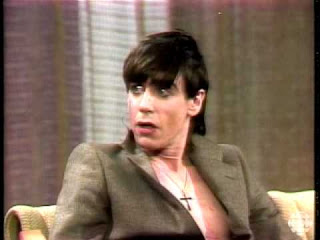 On the opening track of their 1999 album Come On Die Young, post-rock band Mogwai featured an infamous Iggy Pop interview from 1977. On March 11 of that seminal year, the king of Punk was interviewed by CBC host Peter Gzowski to help explain what punk music meant to him.
Watch the clip here!
And listen to the song!
"I'll tell you about punk rock: punk rock is a word used by dilettantes and ah... and ah... heartless manipulators about music that takes up the energies and the bodies and the hearts and the souls and the time and the minds of young men who give what they have to it and give everything they have to it and it's a... it's a term that's based on contempt, it's a term that's based on fashion, style, elitism, satanism and everything that's rotten about rock 'n' roll. I don't know Johnny Rotten but I'm sure... I'm sure he puts as much blood and sweat into what he does as Sigmund Freud did. You see, what sounds to you like a big load of trashy old noise is in fact the brilliant music of a genius, myself . And that music is so powerful that it's quite beyond my control and ah... when I'm in the grips of it I don't feel pleasure and I don't feel pain, either physically or emotionally. Do you understand what I'm talking about? Have you ever felt like that? When you just couldn't feel anything and you didn't want to either. You know? Like that? Do you understand what I'm saying sir?"

For the record, I know that thing by heart. Test me!
Posted by amy dupcak at 12:10 PM