Frances Bean will have her revenge... 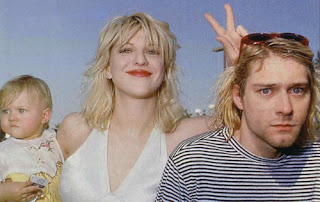 Frances Bean Cobain...we can only imagine her life, right? I have followed photographs of her since she was a newborn baby (well okay, by the time I started listening to Nirvana around 1996, she was no longer a newborn). For most of her childhood, there were only a few photos around. Then, Courtney lost custody of Frances when she was 11, which prompted some slightly disturbing photos of Frances looking like a serious and concerned Kurt, while Courtney played the part of trainwreck.

In the years following, Frances attended some Hollywood events with the ever more plasticized version of Ms. Love, until she posed in Bazaar a couple years ago and looked all retro glamour with dyed black hair. Now she is approaching age 19, while I am the age of her father when he died (r.i.p.). Studying visual art and working on some music project, FBC's all goth-grunge-glam. She's tatted up (so many for her age!), rough around the edges, and channeling her parents, icons, and most likely teenage angst (has paid off well...). I am in love with these photos, taken by Heidi Slimane and posted on her blog (more found there). Though I have to say...I think Frances Bean had plastic surgery. At the very least, lip injections. Ouch! There's no plastic surgery in rock n' roll. 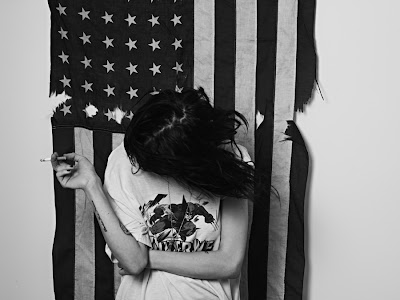 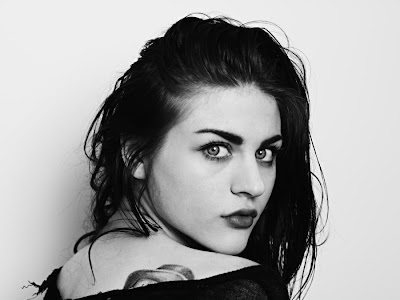 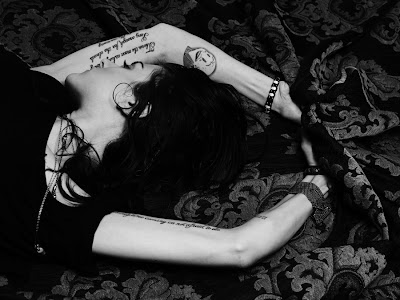 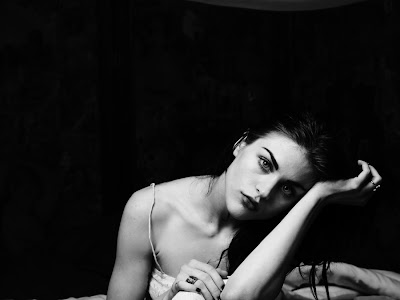 (photos by Heidi Slimane)
Posted by amy dupcak at 7:56 AM