Magic in the Silo

In February of 2007, a good friend from college, Blake, returned to New York to work on an independent film. I hadn't seen him since we graduated in May of the previous year, and I was so excited to help him with his latest project, even if it was just for a couple of days. I always considered Blake to be that friend who would someday be famous, whether it be for his poetry, playwriting, filmmaking, acting, or any one of his immense talents.

I remember ringing the bell of an apartment near mine, only this one proved to be quadruple the size. In fact, it took up the entire floor above a bar on the corner of LaGuardia. When I walked in with my friend Beth, I saw not only Blake but his partner-in-crime: a gorgeous, skinny girl in skinny jeans, with pixie-cut hair. Her name was Evann. The two had been friends since attending high school together in LA, and like Blake, Evann was also involved in the film industry. Evann assigned me the role of "production assistant," and I was truly pumped.

That day, our two friends --- both named Ben --- showed up to act. Evann adorned the Bens with fake blood for their small roles in that day's shoot, and we all took the subway to midtown. Blake's script involved a 9/11-ish terrorist attack on New York (the film was a stark, fictional documentary), and in addition to Ben and Ben talking to the camera, the lot of us ended up running madly through the streets and pointing at the sky.

I remember perfecting my fake fall on the sidewalk and doing it over and over again until it actually hurt like hell. I also remember accidentally tripping Evann --- who was running alongside me --- and causing the LCD screen of her camera to break once she hit the pavement. I felt absolutely terrible, but she was really nice about it, and decided that the footage on that camera would look really cool. On the subway heading back downtown, Evann and I had a nice chat, and it was great for me to encounter a girl my age who seemed to be so in control of her life, her vision, her passions, her future, and her current decisions. She seemed older than me, yet completely on my level.

The next day, my sore self met Blake, Evann, and Bronwen (the sole actress for that day's shoot and another SLC alum) at 7:15. The morning was cold and rainy, and there was still some snow on the ground from a few days prior. The four of us carried loads of stuff along the street until we finally hailed a cab. We piled in and sailed off to Gowanus, Brooklyn, where we drove up to an old silo literally on the Canal. 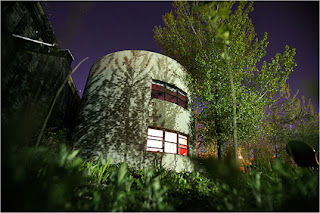 We walked up to a large black gate and, as soon as were let into the old oil building, it was like leaving New York City behind (a common, mutual feeling). That year, a writer for The New York Times wrote this about the incredible location:

Perhaps the biggest wow factor lately comes from seeing a show at a former oil silo... Occupied for the last two years by ISSUE Project Room, an experimental arts organization, the silo is hidden behind an imposing metal gate with a small sign just off the Carroll Street bridge. Between the lapping (if occasionally stinky) water, the courtyard filled with poplar trees and the warm glow emanating from the two-story performance space — the top floor is reached by an exterior metal ladder — it’s as far from mainstream clubland as you can get.

ISSUE Project Room is the brainchild of Suzanne Fiol; founded in February of 2003, her project offered an art and performance space first on East 6th Street, and then in the abandoned silo. According to ArtForum, “Fiol wanted to make a space for music, performance, and readings in a spirit of love and commitment and created one of the warmest and best-sounding venues in New York.” For almost ten years, ISSUE has been an "important showcase for experimental culture" and has provided "artists and musicians with a dynamic environment in which to create innovative and challenging work." 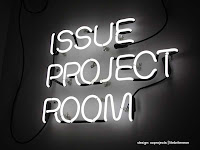 It was Suzanne herself, all long hair and large eyes, who greeted us that hazy day. Blake had reserved the round performance space for its ambiance and acoustics, and Suzanne led us up there. Blake had also hired a lighting professional, and I helped him carry all of his things up the aforementioned "metal ladder." Soon, Evann sent me out to get some food. I remember that I slipped on the ice and fell (for real this time) while holding bags of snacks. Back inside, I set up a poor-man's craft service table for the "cast and crew," but luckily Suzanne was already making soup for us downstairs. She generously made us feel like her kitchen was ours too, and her soup was the perfect remedy for the chilly day.

While Evann was doing Bronwen's makeup and Blake was getting her into character, I sat at the table and talked with Suzanne. She was warm and passionate, and she told me that ISSUE Project Room was going to be relocating soon and that the silo might be torn down to make condos, which made me very sad. She also mentioned that each month's performances at ISSUE were themed, and that the upcoming month's theme was "synesthesia."

I was flabbergasted; I had just conceived my first column (called "Crash Course") for the next print issue of Beyond Race Magazine, and I was going to dive into writing about synesthesia! Since I had already decided that I would debut "Crash Course" with synesthesia (for which I was going to interview two synesthetes), I told Suzanne that I would be back for the performance, and even considered asking if I could intern for her. Suzanne, who was in her forties, inadvertently taught me that one really could live a life of art and music and wonder; one really could become successful in a creative realm, and defy societal expectation. At newly 23, that's all I could envision for my own future.

After filming wrapped that day, I felt truly inspired by my adventurous two-day experiences "on set" in my beloved city, with amazingly talented people. When I returned to the silo, alone, less than a month later, I sat in on a synesthesia performance in the round room, and then used it in one section of my article:

On some level, everyone can occasionally tap into a synesthetic experience, either through dreams, memory, or common sensory associations (such as lower musical notes evoking dark shades and higher notes evoking lighter ones), and non-synesthetes can certainly enjoy synesthetic art, from Fantasia to Stan Brakhage to the vibrant paintings of Michael Fratangelo. Brooklyn’s ISSUE Project Room dedicated all March exhibits to synesthesia. The opening of “Sensorium” featured color-intense paintings, moving images, multimedia art pieces and a performance by Laure Drogoul, where blindfolded audience members described the emotions and memories different scents conjured up. To identify the same weed (concealed in envelopes), responses ranged from bubblegum, to lemongrass, to cider, and England. 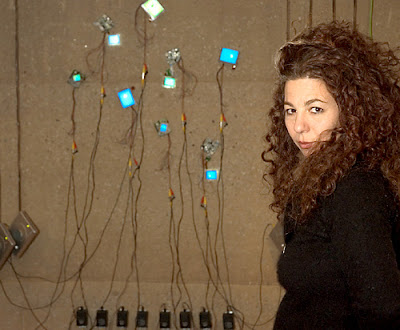 In October of 2009, Suzanne Fiol died after a long battle with cancer. 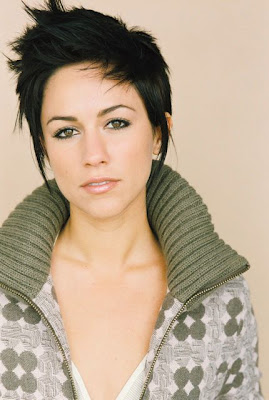 For just one day in time, I existed in the same space with both of these magical women...a magical space that I never knew existed before one of them took me, and one of them welcomed me.