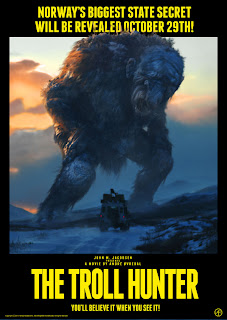 Trollhunter
Norwegian cinema means snowy fields, authentic characters, and a decidedly un-Hollywood experience, though this one may be a little more Hollywood inspired than I expected. Trollhunter (2010) is like Blair Witch Project meets Buffy The Vampire Slayer meets Cloverfield, but somehow still original. And while the handheld shaky camera might make you a little dizzy and the late-night troll-hunting can get a tad repetitive, the film's impressive CGI, gorgeous landscapes, high-tension scenes, interesting mythology, and completely realistic 'documentary' feel will absolutely reel you in. And hey, at least it's not about vampires! 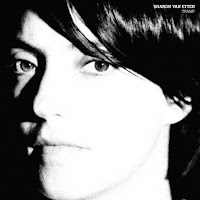 Sharon Van Etten - Tramp
Though it's actually her third studio album, it's the first one to enchant my eardrums. Her velvety voice is packed with emotional prowess, but also delicately executed. Though the record certainly lands in female-singer-songwriter category, Tramp doesn't fall prey to some of those stereotypes. Quite simply, it's poetry.

Insomnia Cookies
Picture this...you're at home watching a kickass movie (like Trollhunter) and you're itching for a little snack, but it's raining or really late or you're just too engrossed (lazy?) to move, let alone bake. What's a girl or boy to do? Go online, pick out which cookies you want, order them and have them delivered up until some ungodly hour of the night. It's cheap, it's easy, sometimes it's quick (depends on the studying season!), and it's not only for students! You can even order milk.