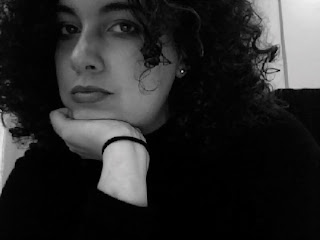 Elizabeth Gordon-Tennant, or simply Beth to me, may have a limited palette when it comes to color, but her photographs never skimp on substance. It seems like Beth has been wearing black since birth, and her passion for fashion probably started then too. She earned her degree at Sarah Lawrence College (where we met, and even lived together), concentrating on costume history and visual art while interning for high-end fashion designers downtown. A year in Florence meant admiring art, architecture, and lifestyle all while further honing her design skills. She's been working in the fashion industry now for ten years: beginning with those hectic intern days and slowly but steadily moving up through the design world.
Merging her long-term love of art and fashion with a newer love of photography, Beth's been on a roll this past year, snapping photos left and right. But she plays the game differently than most: she almost exclusively takes pictures with her blackberry cell phone, which comes as a surprise to many viewers. She's already had her work featured in an NYC gallery as part of Carriage Trade's Social Photography exhibition, and she's currently preparing her first solo show, which she's planning with the help of a few college pals and her own artistic intuition. Beth may (admittedly) be one tough bitch, but that didn't stop me from peering behind the lens to understand her latest creations.

No-Alternative: Let's talk about your photographs. How did you begin taking them and what was the initial spark of inspiration?
Elizabeth Gordon-Tennant: It started kind of as a joke one afternoon. I was just fooling around and taking pictures on my blackberry of coworkers. Then, over the course of doing that, people just connected with them. A few of my colleagues approached me and told me I had an eye for it, which I found kind of funny because I never studied photography, so I replied, “Oh come on, I’m just fucking around on my blackberry!” 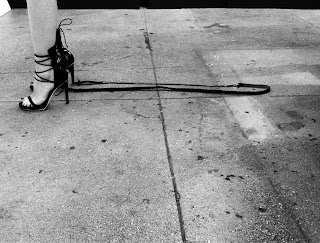 What sort of things capture your eye or attention? And what is the aesthetic you’re most attracted to?
Initially I was just taking pictures of people in my environment. Obviously I have a genuine love and interest in fashion: that’s my typical environment at this point, so a lot of the photos do focus on fashion. But I don’t want to be limited to that, I think it’s just based on my surroundings.
There is definitely a certain anonymous element to it…honestly I think that’s something that transcends photography. What interests me in general, and in the art I do, is the idea of the individual. For example, by not capturing a face and, rather, focusing on someone’s shoes, you can still grasp the identity. What they’re wearing, how they choose to present themselves, and the environment call tell you a lot about who that person is without it being so obvious…which I like.
How many of your photos are purposefully set up or manipulated by you, and how many are chance observations? Or does a blending of the two occur? 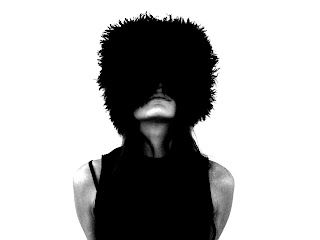 I would say the majority are taken by chance. I’ve been playing a bit with conceptualizing and staging certain photos but for most of them it’s an organic process. People who see my photographs do think they’re staged, but usually they just happen. I’m in a certain place, surrounded by certain people whom I find interesting and cool, so it’s a really natural thing. We’re just hanging out and I just happen to be documenting it.

Sometimes people think it’s this huge production and it’s not. And I like it that way. I’ve earned a certain level of trust with people because, afterall, I’m not gonna make anyone look busted (laughs).
Do you think that taking your photos with a phone has something to do with that level of trust?
Totally.
Would you consider using an actual camera?
I’ve been asked, and I have on occasion…I usually take a camera with me when there’s a really crazy event that I’m going to. I will start off with the camera, but then I always end up going back to the blackberry. People put on a persona when you have a camera and I’m not interested in that. I’d rather just observe. It can be intimidating to have a camera pointed at your face. But that’s the most beautiful thing about my process…that people forget they're having their picture taken.
What specifically inspires you as an artist and as a person?
Fashion, of course, but more so a sense of style…you can have style wearing a paper bag; it’s all about who you are. And definitely music. For me, music evokes feeling, and  I love it because it’s something that I can’t do myself. I have no idea how it’s done. I can live without a TV, but I can’t live without music.
How does music relate to the photos you’ve been taking?
I think my photos evoke certain feelings too. To me, all the photos are minimalist, beautiful, yet kind of fucked up. And there’s a certain mood that’s created with that. Music can create the same thing…the music I enjoy is post-punk and electronic: simple, beautiful, and fucked up. 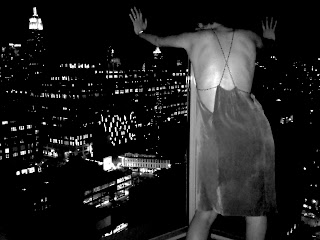 Your solo photography event is taking place on February 6th here in New York. Any hopes or expectations you’d like to share?
Ultimately I want it to be very much a celebration of the people and places that I’ve photographed, but I also want it to be identifiable as me and my work. I want to people to come and go, “That was Elizabeth.”
I know this photography exhibit doesn’t have a title or a directly implied theme, but I was wondering if you thought there was any one theme to be found within the work you’ll be presenting.
I don’t give a fuck, to be honest. The event is supposed to be kind of a love letter to the people I have photographed. That’s what it is. I had someone ask me too if there was a theme or what the bigger picture is in all of this. Someone else answered for me: "She’s just documenting her life." And they were right…fashion is part of my life. I’m fortunate to be surrounded by creative people, so it’s just natural to be inspired by them.
The large majority of your photos, and all of the ones that will be displayed at the event, are black and white. Do you literally see images in black and white when you take them, and do you think you’ll ever depart from this stylistic choice?
I wouldn't say it's how I see it, but perhaps it's how I would like to. I don’t think I’ll depart from black and white any time soon. A lot of the photos, or any of the series, tend to play out like a diary. They're supposed to tell a story, essentially. People do say, when they see the photos as a series, along with the words I use to title them, that they feel like they see them the way I see them.
Let's switch gears and discuss your visual art. What sort of artwork have you been working on in the past few years? And why is art, in and of itself, so important to you as a person? 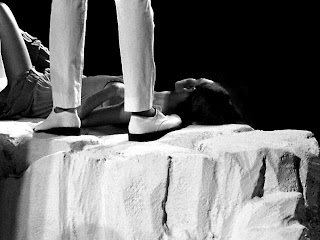 When I was in Florence, I concentrated on painting. My art has always been focused on a fashion element, but then I’ve also done portraiture for quite some time. And there was a point when I'd sit on the floor and paint faces for hours. For me, my interest in clothing and portraiture are aligned in the sense that, again, it’s about this idea of the individual and who they are.

In general, art is something I have to do for myself. You have something in your head and you can't rest until it's created.
And how does painting differ from photography, for you? Or are they really not so different?
In terms of art as a process, you feel something that has to come out on the page. And the photography is different because if I see something that’s cool and I miss taking the picture, I feel like it should have been a picture and I lost the moment. So you feel cheated, like, “Oh fuck the train doors closed two seconds before I could take my blackberry out!”

Fine art, for me, is more controlled, whereas the photography is more instantaneous. I don’t have any control if someone throws their hair a certain way or what someone’s wearing or if the train doors close…you either get it or you don’t, it is what it is, and it’s a 2.5 second thing. But if I need to paint one day…I could be painting for three hours and then hate it at the end, but I still always get to paint it.
You have your feet in two seemingly different worlds --- the corporate world and the artsy world. Do you have any advice for people who also straddle these two worlds?
Hey, everyone has to earn a buck at the end of the day, and the most important thing is to stay true to who you are in the process. I have been fortunate to work for some amazing places.
When it comes to art or fashion, do you have a personal motto of any kind? Or something that you highly believe in, no matter the trend, year, or circumstance?
I’ve written it a lot of places: You were born an original, don’t die a copy (John Mason).
(all photos by e.gordon-tennant)
Posted by amy dupcak at 7:51 AM