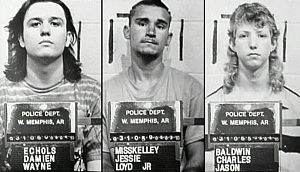 One of the best things about this past summer was the release of The West Memphis Three after nearly two decades in prison (and, for Damien, on deathrow). If you don't know the story, I suggest you look at the Free the West Memphis Three website and watch both Paradise Lost and Paradise Lost 2 by directors Joe Berlinger and Bruce Sinofsky, which gives in-depth looks at the trials of the three teenage boys in West Memphis, Arkansas.
When the directors set out to make the original Paradise Lost, they admit to having believed that the teens were guilty of slaughtering three eight-year-old boys. The whole town believed that Damien Echols, Jason Baldwin, and Jessie Misskelley had performed a Satanic ritual that resulted in the deaths of the three little boys. At the time of the murders in 1993, the accused were 18, 16, and 17 respectively and had been known to "wear black" and "listen to Metallica." As Berlinger and Sinofsky began documenting the case, they soon realized that not only were the accused completely (and pretty obviously) innocent, but that the town was conducting a modern-day witch hunt, right out in the open. People suspected and downright hated the West Memphis Three simply because they stood out in a crowd...especially intelligent and soft-spoken Damien, who was sentenced to die when all three were found guilty of murder.
So-called "experts" testified that Damien worshiped the devil, based on books they found in his room, his long dark hair and dark clothes, and his interest in Wicca (which, incidentally, doesn't even believe in Satan). The guys were found guilty on almost no substantial evidence...not a single fingerprint, footprint, weapon, soiled clothes, or drop of blood, let alone DNA or, hey, any kind of valid motive. The police also contaminated the crime scene, performed shoddy autopsies, and didn't look into any other leads (even when there was a man bleeding, muddy, and dazed in a nearby bathroom on the night of the killings).

The most the lawyers had to work with for their convictions was a false confession from Jessie (who has an IQ of only 72) after 12 hours of questioning without the presence of a lawyer or family member (despite being a minor), faulty "witnesses" who said they heard Damien admit to the crime but didn't accurately remember anything else, and the sheer fact that the boys were "freaks" in their backwards Bible Belt town. "Just look at them!" one woman said when asked if she thought they did it. 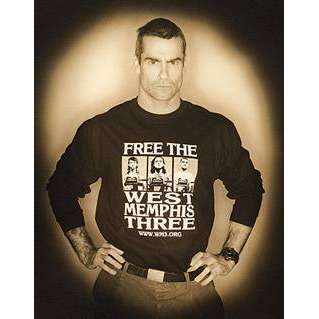 The WM3's situation seemed dismal, brought on by outright scapegoating and fear (Damien made a very good point when he said that people would rather believe that a Satanic cult killed kids than a parent of one of the children -- which, in this case, began to seem more and more likely). They couldn't believe they'd been proven guilty at all!

But luckily for them, the film directors only gained momentum in their coverage, and the debut of Paradise Lost caused quite a stir. It's safe to say that very few people would have known about the WM3 at all if not for this documentary and the subsequent one in 2000. Within this time, the 'Free the West Memphis Three' group started up. They tried to work with lawyers and experts to appeal the case, and also tried to get the general public to understand the larger consequences of what had happened. After all, if something like this could happen to these boys, it might happen to anyone who doesn't fit the mold and doesn't have the power to appropriately "fight back."
This, naturally, led me to wonder about myself as a teen. What if I was caught up in some kind of situation, unfairly blamed because I was "weird" and "misunderstood" and had some troubles, and then cops searched my teenage bedroom and presented what they found to a jury of Southern Christians with closed minds? Would they have labeled me as "Satanic?" And even if I was, would that automatically make me a murderer? And not only a murderer, but a murderer of little kids? What would they think of the following objects, all found in my bedroom: 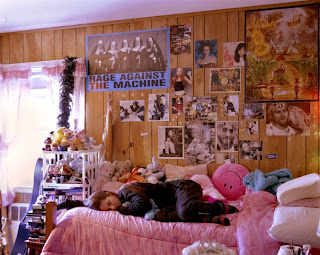 -pictures and posters of dead musicians and a Rage Against the Machine poster of nuns with guns
-books about Charles Manson, and his CD to boot
-a long black coat
-combat boots
-books about astrology, numerology, serial killers, and the occult
-dark lyrics written all over things
-notebooks filled with dark poetry and drawings
-moth wings in a box (no lie)
-horror films
Yeah, I'd probably have been screwed. Actually, Columbine happened during the second semester of my freshman year in high school, and I remember getting a few odd looks now and then when I was decked in Manson gear, black coat, and Docs. In my opinion, being able to identify with the WM3 is one of the things that got so many people invested in trying to help them. I myself purchased a 'Free the WM3' T-shirt and sticker several years ago. But whether or not you can identify with them (or whether or not they even identify with their former selves), no one should be convicted for a crime without any viable evidence and solely on the basis of prejudice, unfairness, legal loopholes, and hearsay. I think that's pretty much a no-brainer.
So, all of this being said, I am more than excited for the world premier of Paradise Lost 3, which airs on HBO tomorrow at 9pm. And if anyone needs proof of how two film directors and the public can actually effect change and influence lives, then turn to the Paradise Lost series. These directors were not just trying to make a name for themselves...they spent hours upon hours to create awareness, yes, to document important events in our country, yes, but more importantly, to free the WM3. And their work paid off (even if the men had to enter Alford pleas). If that's not an example of how art can impact lives, I don't know what is.
-amy.
(photo of me in my childhood bedroom was taken in early 2006 by Samuel Velasquez).
Posted by amy dupcak at 11:24 AM