For my fellow New Yorkers, this weekend means staying inside (hopefully in your own home, unless you're in Zone A) and keeping yourself occupied. I'm pretty damn good at keeping myself occupied, if I do say so myself, so I decided to provide some ideas! And since I'm on the edge of Zone C downtown, I hope to be staying put.
1. If you have power, watch a good movie, or even a trilogy....but absolutely NO disaster flicks because that'll just increase your dormant panic and make you wanna buy even MORE bottles of water. Panicking is no fun! Neither is waiting on line while people buy out supermarkets like it's the end of the world. Now would be a great time to watch all the Star Wars films,  but unfortunately they're not streaming on Netflix. So instead....how about:
Summer in New York City. Perfect, but not perfect enough to make you panic....maybe riot, though.
2. Read, read, read...by candlelight if you have to! Rainy weather reading is the best. Again, no disaster books, and nothing dystopian or post-apocalyptic. Now's a good time to do some guilty pleasure reading, so you won't have to pull out your book on the subway. Conversely, you could also get to that book that's been sitting on your shelf for months. If yr a local, Saint Marks Books is staying open until further notice: how convenient! Here is one idea, which I previously mentioned as having a phenomenal cover: 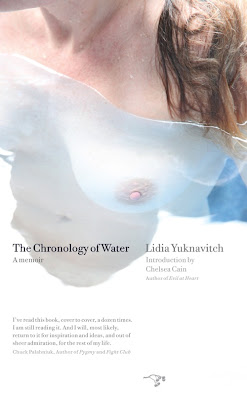 This memoir is fucking awesome, despite some grammatical/spelling errors that drove me crazy. It's raw and real and tough as nails, but also beautifully handled and thematically organized. It's about water in both a literal and abstract sense, but no hurricanes involved!
3. Play some games! While listening to music! I came up with a few game/album combos to get you started:

4.  There's no better time for snacking than being indoors all day. Here are some ideal Hurricane snacks:

5. Then there's also drawing and writing and crafting and yoga and staring out the window. If all else fails, just sleep. It'll all be over soon. Stay safe and dry!
lv,
amy.
Posted by amy dupcak at 10:25 AM