From the Vaults: Julianna Barwick.

In June of 2010, I interviewed Julianna Barwick on a lovely day, accompanied by photographer Kyle Timlin. Since then, Julianna has become more widely known and has released The Magic Place to much critical acclaim (it also found its way onto my Best Albums of 2011 list). So here is the article I wrote two years ago (for BRM), just before Julianna was about to head into the studio, when she still wasn't sure what she would create.... 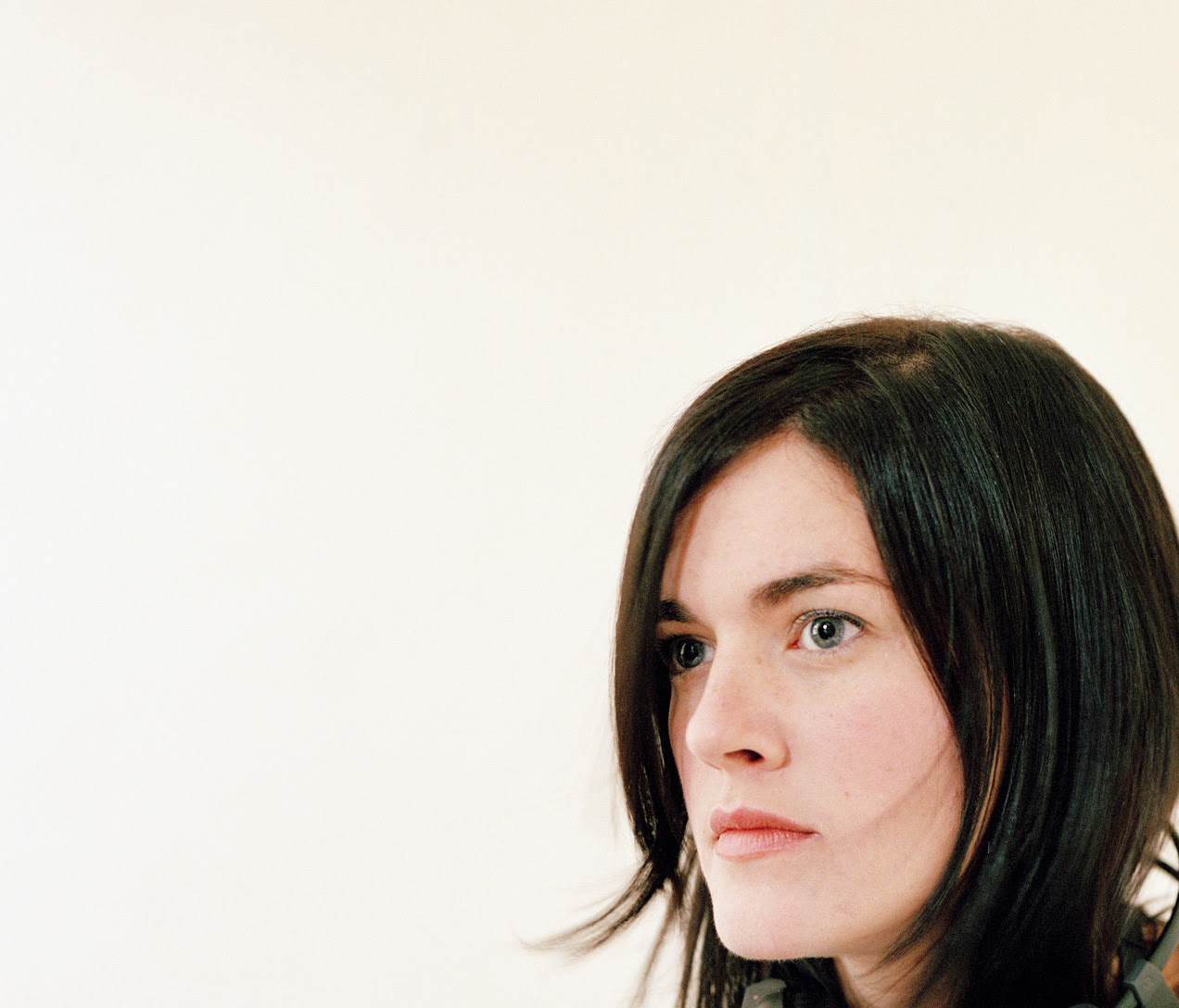 The music of Julianna Barwick seems far more profound than any one person can create. Yet Barwick spins poetic, silky, multi-layered songs alone in her Brooklyn bedroom, with the desire to sing as her central motivation.
Sitting on a bench outside a coffee shop in Greenpoint, Barwick is rather unassuming; wearing a simple dress, glasses and a genuine smile, one would never guess that her voice engulfs crowd after crowd as she performs around town and on tour. None would imagine that by way of her voice and the most basic of equipment (namely her laptop), she transforms ordinary spaces into sonically ethereal terrains. And perhaps most remarkable part of all, Barwick—humble, modest, and with an 11pm bedtime—isn’t out to impact any music scene.  “I’ve done this since I was a kid,” she offers, “where I’m in my own world and I sing, and tears would come to my eyes. I don’t know what that is…the sound of singing.”
Growing up in Louisiana, Missouri, and Oklahoma, Barwick attended church with her family (her father worked there) up to three times a week. She performed in choirs that sang acappella. “Some of the hymns were just so beautiful,” she says, “and I love that sound of voices coming together.” Throughout all her years of school, she continued to discover her voice, and then tried her hand at traditional songwriting, which just didn’t click. For Barwick, music means having the freedom to experiment, and not about writing the next poppy love song. “I never wanted to be in a band, I love being a solo performer,” she admits, recalling her earliest gigs, upon moving to Brooklyn about nine years ago, when she performed with an electric guitar and emitted lots of reverb; a style she soon abandoned.
It wasn’t long before Barwick's bedroom became the ideal studio: “I usually just plug everything in, sit on my bed, and make up something on the spot…everything starts as improv.” Armed with a microphone, effects pedal, and Garageband, she loops and manipulates WAV files of her voice, and then plays with as many as twenty layers per song. Although she occasionally sings a simple refrain, most of the sounds aren’t even English. On her first album, Sanguine, she played a little electric guitar, and then on her second, Florine, she recorded the piano at home for one track, and also employed a few Garageband synths. “But I think that’s it,” she said, almost surprised. “It’s mostly vocal.” Sometimes her songs do sound like a choir; all of the members with her gorgeous voice. 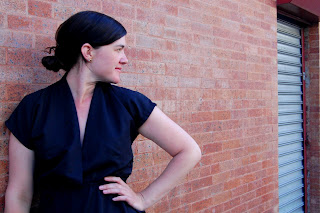 When it comes to her shows, Barwick affirms, “What I use to perform is what I use to record,” which means that vocal looping happens live, with her voice as the sole musical instrument. The escalating soundscapes often move the audience to internal melancholy, but such emotional reactions take Barwick aback. “Everything is so great in my life right now and I’m super happy…but I get these messages from people being like, ‘You must be really sad! You must be a sad person!’ I’m totally not that way, I’m super positive and optimistic. Those sounds just come out sometimes."
As ghostly loops of Barwick’s voice multiply, her songs swirl into endless, hypnotic spirals, capable of stirring anyone’s emotional core. While she's certainly aware of her power, Barwick assures me it isn’t her intention. “I want people who dig it to dig it, and you know, feel good about it, and maybe to be transported or be able to think about something that’s going on in their lives while they’re listening to it. But, I’m not trying to change anyone’s mood or emotions consciously.” Pondering the dichotomy even deeper, she reflects, "I’m not too emotional in my daily life, so maybe that’s where it comes out.”

Sanguine and Florine have been re-released by M’Lady’s, and Barwick’s third album (and first on a label) will appear later this year on Asthmatic Kitty. After signing Barwick, A.K. offered her some whirlwind opportunities. First, she had the chance to tour with Roberto Lange, of bands Helado Negro and Epstein, and visual artist Jonathan Dueck, whose work often involves collaboration. Along their tour, they concocted a record about “getting to know each other” and combining their musical sensibilities, which Barwick describes as being like an art project, especially with Dueck acting as photographer. Second, Barwick started recording her new record this summer, which A.K. will release to their wide and loyal audience.
True to her intrinsic music-making-moral code, Barwick didn’t plan her as-yet-untitled record before stepping into the studio. With the opportunity to invite other people in and make use of more diverse instrumentation, she sought to take her process and music one step further. While Florine was more dynamic and instrument-laden than Sanguine, Barwick wanted this new record to top them both by incorporating piano, clarinet, guitar, and other vocalists. But she assures me, “I don’t think it’s gonna be like a jam band record or anything!” Of course, with her unintended penchant for melancholia, she joked that it just might turn into the Goth album of 2010.
While Barwick loves to travel, she's also content to perform in New York; in fact, one of her stand-out live shows happened at Bowery Ballroom, when she opened for Dirty Projectors. "David Byrne played with them," she gushes, "and Joanna Newsom was in the crowd, so that one was really off the charts crazy. I walked up to David Byrne and was like, 'Hi, um Hi!' It was certainly an introduction she didn't regret. When it comes to performing and creating in Brooklyn, she tells me “The reason people who are doing their creative thing move to New York is because you’re surrounded by people doing their thing too. It’s super motivating.  I don’t identify with any kind of Brooklyn sound at all, but that’s why I’m here.”
(top photo by Carrie Villines; bottom photo by Kyle Timlin)
Posted by amy dupcak at 11:00 AM