Somebody That I Used to Know. 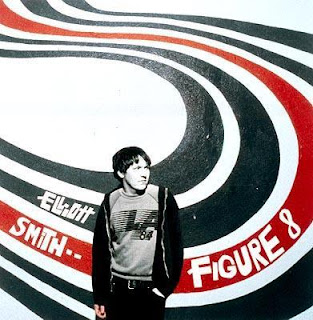 In keeping with my apparent fascination with symmetry, I was intrigued when I first heard about a Gotye song called "Somebody That I Used To Know." Instantly, I wondered if it was a  cover of a not-so-popular Elliott Smith song, from 2000. But nope, Gotye created his own song, 11 years later, with the very same name, having nothing to do with the Elliott version aside from the obvious thematic similarity.
I have been a huge Elliott Smith fan since before his death, and I have devoured all of his records, including the truly dynamic Figure Eight on which "Somebody That I Used to Know" appears. On the other hand, with Gotye (like most people), I'm an absolute newcomer...and actually, this song, featuring Kimbra, took a few tries to truly grow on me. But now (also like most people), I am seriously addicted. I've always been into the idea of camouflaging one's naked body (in time-lapse stop-motion!) against a wall, a la Wednesday Adams. I'm also into how bright and vibrant his (very large) mouth looks when he belts out the words.
So here I present two songs with the same title, the same sadness in the midst of self-preservation and a forced sense of indignation --- a forced happiness, a forced "I don't need you anyway" even if I still love you --- which is basically as relatable as it gets.
While Elliott did not have a video for this song, you can at least listen to it!
I had tender feelings that you made hard
But it's your heart, not mine, that's scarred
So when I go home I'll be happy to go
You're just somebody that I used to know


And now for Gotye's video...
No you didn't have to stoop so low
Have your friends collect your records and then change your number
I guess that I don't need that though
Now you're just somebody that I used to know