New Song: "Get To France" by Mogwai 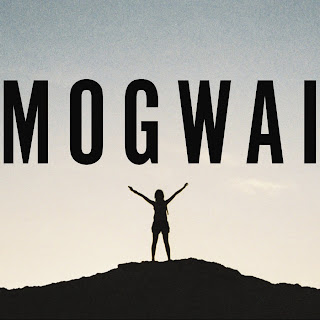 Mogwai and I go way, way back. I've seen them a few times and am always riveted by the live presentation of their gorgeous songs. For my review of their 2008 album, The Hawk is Howling, I said that they "create a beautiful sense of gloom. Post-rock, space rock, instrumental metal, or whatever you want to label them, this Scottish five-piece delivers lengthy, guitar-ridden songs that effortlessly veer between delicate and downright combative."

I also reviewed one of their shows at Terminal 5 (which, unfortunately, I could hardly see) and said that, "Mogwai, and other largely instrumental post-rock bands of a similar nature, absolutely have to be witnessed live. Drenched in foggy blue light, the music that emerges from fingers, strings, buttons, keys, drums, effects pedals, and speakers overwhelms the senses, rendering the onlooker delightfully deafened…at least temporarily. Though Mogwai is capable of translating their omnipresent sound to recordable tape, hearing the music on your headphones simply isn’t the same as witnessing them in full rock action. And they certainly are pros." Oh how I love quoting myself!
Needless to say, I am delighted that the band is putting out new material --- a four-track EP called Earth Division will be released on September 13, via Sub Pop. The first track on said EP, "Get to France," is delicate, almost childlike, reminding me slightly of "Auto Rock" from Mr. Beast, but with less (actually no) climactic build-up, which Mogwai does oh-so-well. The piano is somewhere between "Nannou"-style Aphex Twin and Amelie Yann Tiersen --- cutesy but somber, with a hint of ghostly echoes in the background.  It's that ghostliness which makes this a Mogwai track; a sinister something lurks within the simple melody...we just don't know where. I love when bands really strip it down and go almost neo-classical, and this song proves that Mogwai, while absolutely epic at rocking out and using guitar pedals a plenty, can also write and record bare-bone songs that, quite literally, strike a chord.
Posted by amy dupcak at 2:42 PM