To be perfectly honest, I have not yet listened to Bow Wow Wow's 1981 album, See Jungle! See Jungle! Go Join Your Gang, Yeah. City All Over! Go Ape Crazy (yes that is actually the name), but the cover art continues to intrigue me.

Banned in the UK and the US, and instigating a Scotland yard investigation due to the age of the woman posing here in the nude, the photograph was shot by Andy Earl and is the band's take on an Édouard Manet painting, Le déjeuner sur l'herbe (or "The Luncheon on the Grass") from 1863. The original was considered shocking and controversial due to its depiction of a naked woman "casually lunching with two fully dressed men," which just goes to show that, over one-hundred years later, the world still wasn't quite comfortable with such a situation. 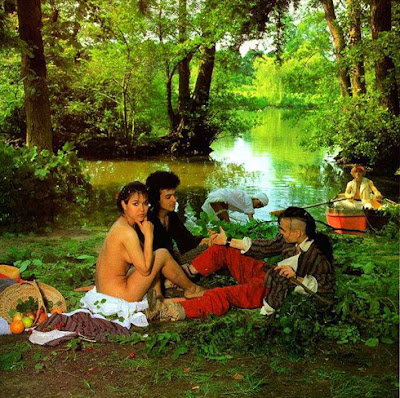 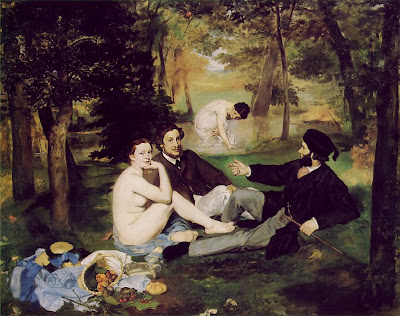